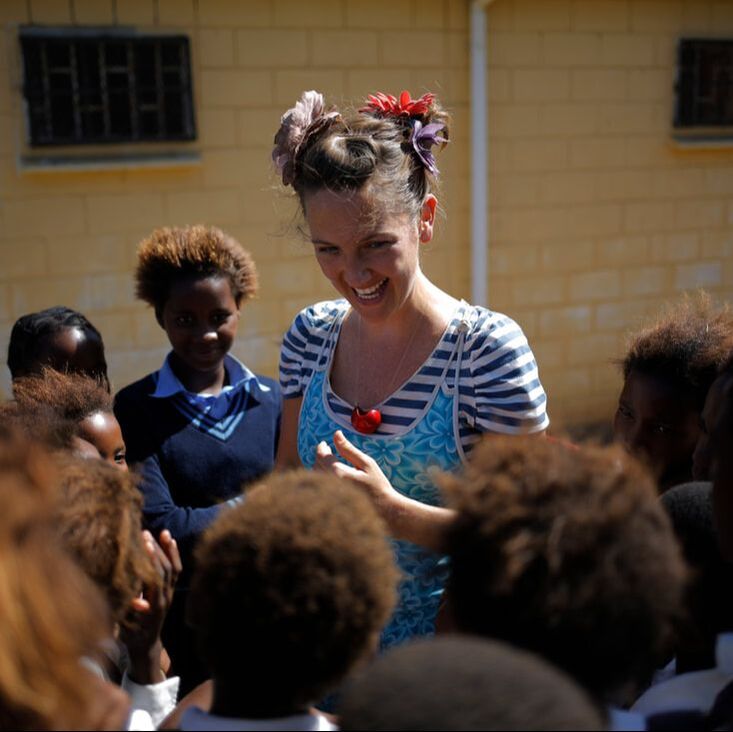 Annabel is a clown, facilitator and storyteller from Swaziland and Malawi. Her interest in performing arts began during her school years at the United World College of Southern Africa. From 2003 – 2006 Annabel studied Theatre Arts at the University of London, while also collaborating as a performing artist with InForm Theatre Company, a physical theatre-based ensemble. Annabel went on to train for two years with an international drama academy to become a drama teacher.

Searching for something closer to home and to her heart, Annabel returned to African soil and started Creative Beans. As a freelance performing and facilitating artist, she juggles many projects. She performs clown and storytelling shows, runs holiday camps for children in nature, facilitates clown/storytelling/play workshops for both adults and children, as well as other things. Annabel is a project co-ordinator, tour leader and artist for Clowns Without Borders South Africa, an artist-led humanitarian organization dedicated to improving the psychosocial condition of children and communities in areas of crisis through laughter and play. Annabel loves her work because it brings together some of her favourite things; working with the child spirit, healing through creative expression and play. 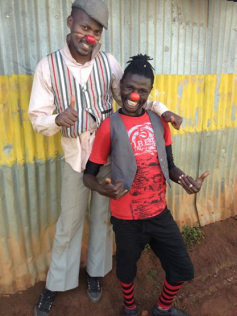 Nicholas is a clown, facilitator, writer and theatre director. He is the director of the People's Educational Theatre, one of the biggest theatre groups in Swaziland. Nicholas has also been working with Clowns Without Borders since 2008. He loves the arts, especially drumming, singing and dancing. He also teaches accounting, and for this reason, has the clown name "Professor Chicken". 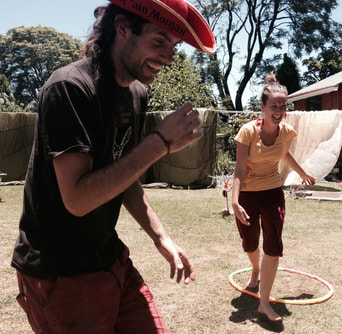 Adam is a nature guide and permaculture enthusiast. In Swaziland, you can find him with his hands in the soil at Guba, facilitating delicious and nutritious food workshops or running barefoot up mountains. 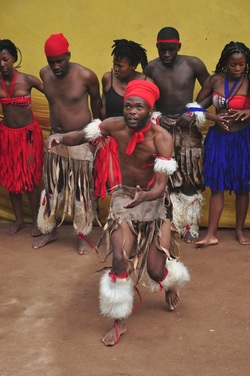 Musa is a dancer, musician, storyteller and clown from Ngwalini, Swaziland. He is the founder and visionary behind Embiteni Arts and Edutainment, a unique amphitheatre in the heart of Ngwalini. Embiteni is a vibrant and dynamic space which hosts arts events for the local community. Mo' fire! 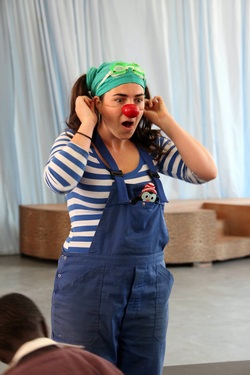 Nadia (aka Mafia aka No-Idea aka NaBia) started performing at a young age and in 2000 attended the National School of Arts in Braamfontein, Johannesburg. Her love for performance, especially physical theatre and collaborative work led her to Cape Town, where she began her studies at the University of Cape Town in 2006. She completed her BA in Theatre & Performance at the end of 2009. Shortly after graduating in early 2010 Nadia began her journey with CWBSA with the hope to bring joy, laughter and a sense of play as a means of healing into the lives of many. She believes creative play opens a space for people to express their frustrations, pains and joys in ways they may not otherwise be able to do. Nadia has also performed in various physical theatre productions around the country including Lenny and the Waste Land (Out the Box Festival 2010), Paraphanalia and  Interiors  (NAF 2011). 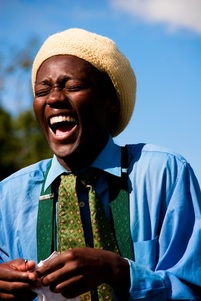 China is a clown, juggler and magician from Swaziland. He has trained with Clowns Without Borders South Africa and when he is not studying, he works for the Peoples Educational Theatre (PET). China has several years experience attending functions as a clown and is available for birthday parties and events. Contact Creative Beans to make a booking.